​Knowledge of the material and recycling of beverage bottles

Knowledge of the material and recycling of beverage bottles

China's current consumption of pet plastic beverage bottles is very high, waste pet beverage bottle recycling, not only can reduce environmental pollution, but also can be turned into waste treasure. But only a few are used, and the rest are discarded at will, resulting in waste of resources and environmental pollution. Therefore, its recycling technology has a broad prospect. 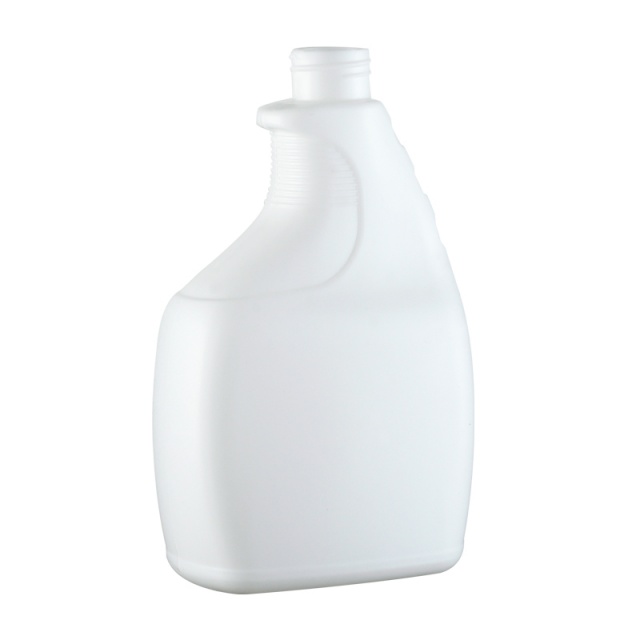 The former process: the first manual method to remove stones, wood and other plastic products, as well as colored pet bottles. The recycled pet must not contain pvc impurities, as its presence is a key factor affecting the pet color. When the pvc mixing volume is small, it can be separated by artificial method on the conveyor belt, that is, when the force is affected by the force pvc and pet bottle in the force part of the different physical phenomenon, pvc bottle appears opaque traces, pet bottle does not have, can be separated. Some companies also use pvc and pet different melting points to break pet and pvc fragments through a conveyor belt equipped with heaters to control a certain temperature, pvc is melted and glued to the conveyor belt, so that pet can be separated.

The separation of iron uses an ferromagnetic separator.

Pet bottle splized some only once broken, some first rough broken and then subdivided broken, eventually become 1.0-1.5cm size fragments. A 1.0-1.5cm sieve is installed at the crusher outlet to control the size of the debris.

Washing and impurity separation techniques are key to obtaining high-quality recycled pet. Beverage bottles usually use plastic pe or finger labels, paper labels can be used adhesive, can also be glued to the bottle blow molding process, when the pet bottle is broken, part of the label is broken into pieces, some still adhere to pet fragments, broken pet usually using a blower and cyclone separator combination separator separation device, can be removed about 98% Loose label fragments, can also be separated by a pumping tower separator, broken pet fragments added vertically from the top of the separation tower, debris and upstream air flow form a countercurrent, using pet and label fragments to separate the proportion difference, the label is drawn, pet comes out from the bottom of the separator, in order to ensure the label separation efficiency, More than two sets of separation devices may be used in production.

The purpose of washing is to remove residues from adhesives, ash and raw bottles. Washing uses 80-100oc hot water to soften or dissolve eva adhesives or other types of adhesives that paste labels and bases, and to prevent falling adhesives from adhesion to pet fragments, additives such as alkalis, emulsifiers or other special chemicals are added to water. Cleaning liquid generally by the factory according to the source of waste bottles and bonding characteristics to determine its formula composition and content, cleaning liquid can filter out impurities reheating after recycling, washing can be carried out in a special sort of tank equipped with a blender, in order to ensure the effect of cleaning, washing can use secondary washing process.

The separation of the base is to separate the base hdpe density with the characteristics of pet density. Separated in the rotting tank, hdpe fragments spill from the top of the tank and sinking pet fragments from the bottom of the tank. Some use hydraulic cyclone separation instead of floating tank, the separation effect is better.

The latter process: The recycling method is to separate the non-pet components in the pet bottle before breaking it and recycling. It is the first artificial method to separate stones, wood and other plastic products, as well as colored beverage bottles. The separation of pvc bottles can be done by manual selection or pvc separation equipment. The separation of metal iron can be separated by a magnet separator. The beverage bottle passes through the conveyor and enters the cleaner, the bottle enters the processing line vertically, removes the cap and pull ring through the de-ring errata and the cap-removal machine, and is weighed to ensure that the bottle cap has been removed, and the test finds that a bottle weighs more than the standard to separate it from the production line.

Then inject 100ml boiling water into each waste pet bottle, dissolve the residual beverage in the bottle, while the bottle is clamped and suspended, the outside of the bottle is brushed with high-pressure water, and the adhesive is softened with hot water, so that the base falls off on its own, the plastic or paper label is removed. After washing, remove the bottom of the bottle and release the water from the bottle. Breaking is like a device in the first process, with a continuous dryer drying the pet bottle fragments to less than 0.05% of the water content. Extrusion granulation is the same as the bottom.

Both of these recycling technologies are used in factories. Its craft has its own characteristics. The first recycling method is more easy to form large-scale production, but the separation technology is more complex, more separation equipment, large investment. The second method product is higher purity, use less equipment, investment is more cost-effective, but only for non-damaged complete beverage bottles, flattened or damaged beverage bottles need to be separated, with other methods for recycling. In fact, waste plastic bottles from the economic rationality of transport considerations, should be flattened after the package can be transported. Secondly, the cut out of the bottle base recovery is basically carried out in accordance with the first method, so the second method of recovery is more limited.

Japan's Titus also recently developed a recycling method from waste pet bottles dmt (benzodiazepine) and eg (g), first crushed and cleaned, and then dissolved in eg. At the boiling point temperature of eg and the pressure of 0.1mpa, the pet is degathered to produce a double-benzoic acid hydroxyethium (bhet). Then filtered, removing the slag and additives, so that bhet reacts with methanol, and dmt and eg are generated by the ester exchange reaction at the boiling point temperature of methanol and the pressure of 0.1mpa. The dmt and eg are then distilled, dmt and eg are separated, and dmt is refined by recrystallization process; The purity of both the recycled dmt and eg is 99.99%, and the production cost is comparable to the cost of the common dmt and eg methods. dmt can be converted into pure tpa (benzoic acid) for the manufacture of bottle-grade pet resin. The recycling device can generate about 10% of the raw materials used in the company's production of resins.